The Art of Asha, an Analysis

“The Art of Asha” are the origin of chess and was introduced by Zarathustra as a kind of teaching aid describing the spiritual powers or hierarchies behind the physical world. Professor Edmond Bordeaux Székely have described the The Art of Asha in “The Essene Book of Asha“.

Today most knowledge of Ashas spiritual background have been lost, only names, a few comments about each piece and the movement rules are known, as they are the same as for chess today.

It has irritated me for some time that nothing more was known, it sounded interesting. As all religions and esoteric traditions are different facets of the same reality, it should be possible to find the meaning behind the Art of Asha.
In a contemplation a week ago I found the key, and I quickly found the relation to Kabbalah, and one key is that man is an inverted plant, what both Hinduism, Kabbalah and Rudolf Steiner states. 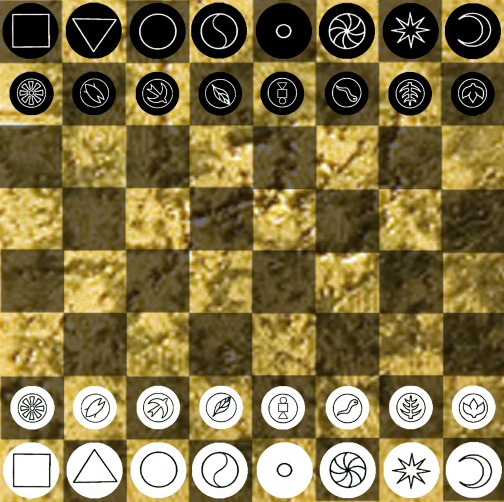 Board for the The Art of Asha

Here the positions and the names of the forces of Ahura Mazda and Ahriman, the white and dark powers:

As all religious and spiritual traditions describe the same reality it should be possible to find it’s relation to other more known systems, like Kaballah. 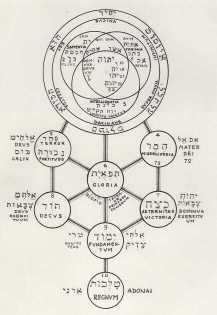 And it was not so difficult to find the right positions when I had placed the King/Creator/Man at the bottom of the tree, and Eternal Life just above in the Angels sephira, the puzzle pieces found their places naturally.

I placed the Queen/Preserver at the top, but it was wrong in many ways, so she moved into the center, that expressed her strength much better, just as the weakness of the king was clear through his position outside the ring.

Looking at the meaning of the Asha pieces and the corresponding Sephira they seem to match beautifully.

The symmetry of the pieces is also perfect, so I think it’s a very good theory of the relation.

I have not unraveled how it should be used, there are possibilities for some experimenting, like following the play of two persons around some topic, seeing how it develops, how it ends.

First model – the Pieces of Asha in The Tree of Life

This is the result of the first contemplation, here we have the pieces placed on the Tree of Life. The King is the head of the reverse tree. 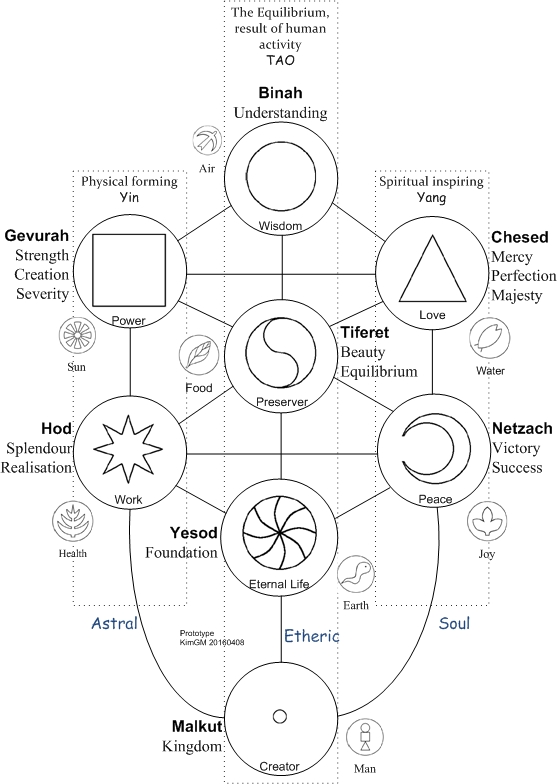 Further contemplation gave this new version, where our development cycle is added, together with chakras and planets.

More on the chakras here “Some Results of the Initiation“