Posted by Kim Graae Munch in Buddhism on September 11, 2009

You cannot go to Shambhala for it is not a place. The Kingdom of Shambhala exists in the hearts and minds of the Shambhala warriors. The Shambhala Warrior

The Rigden is the Kings of Shambhala and they match the Bodhisattva’s of Devachan:

“The imperial rulers of Shambhala, who are called the Rigden Kings, are inhabitants of the cosmic mirror. They are referred to as ultimate drala. When you contact the wisdom of the cosmic mirror, you are meeting the ultimate dralas, the Rigden kings of Shambhala. Their vast vision lies behind all the activities of mankind, in the open, unconditioned space of mind itself. In that way, they watch over and protect human affairs, so to speak. This is quite different from the notion that the Rigdens are living on some celestial plane, from which they look down at the earth.” Taken from here by Chögyam Trungpa. 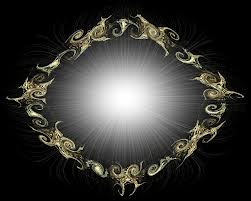 So, when you contact the wisdom of the cosmic mirror, you are meeting the ultimate dralas, the Rigden kings of Shambhala. Once having made a connection to ultimate drala, it is possible for the primordial wisdom and vision of the Rigden kings to be passed down to the level of human perception. The vastness of perception can be captured in simplicity, a single perception, on the spot. When we allow vastness to enter our perception, then it becomes drala; it becomes brilliant and luminous—magical. When we have this experience, then we are meeting what are called the inner dralas. The inner dralas are empowered by the wisdom of the cosmic mirror, the Rigdens, to manifest brilliance and elegance in this phenomenal world.