The Soul’s Infoldment into the Physical World 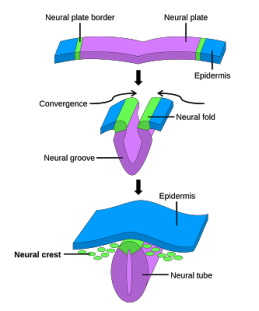 The illustration below shows how Steiner describes it, with each enclosure representing a human being, Animals would not have the group soul in the enclosure: it would be outside.

When we sleep, our astral body and soul leaves the enclosure and when we die the ether body unfolds too. 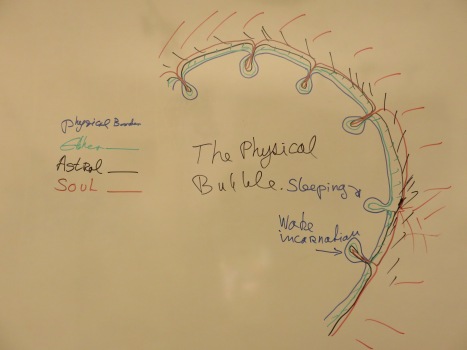 Here some examples of the aura, kind of egg-shaped, resembling the Grail, especially the open one in fig. 8. where the folding has been opened and the cocoon is empty. At initiation the cocoon will open at the top, at the crown chakra, but without the soul leaving the cocoon.

The more pure our soul, the more it is filled with light and the more connected it is at the top. I believe that it opens fully at initiation, when the crown chakra opens.

The following table shows the bodies we had in the four Earth-incarnations we have had until now, how much had been infolded into the physical in each period.

In the old Saturn incarnation we were as today’s minerals, at old Sun as today’s plants and on the old Moon as today’s animals, and today the soul are incarnated too, with the I.

The infolding may be connected to the morphogenesis:

“We all start life as a small ball of cells. These cells proliferate and organize into tissues, which in turn grow and fold into the complex form that defines a human being. The process that leads from a formless ball to a functional organism—known as morphogenesis …” 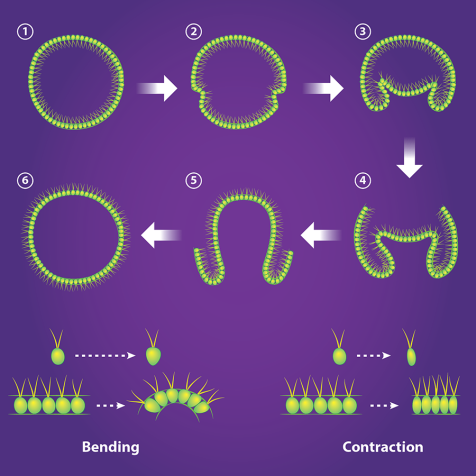 This entry was posted on May 13, 2017, 5:51 pm and is filed under Esoterics. You can follow any responses to this entry through RSS 2.0. You can leave a response, or trackback from your own site.

This site uses Akismet to reduce spam. Learn how your comment data is processed.