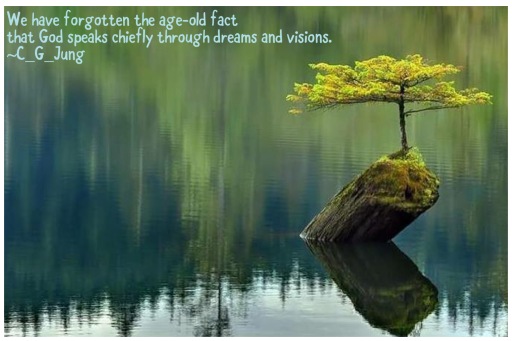 Dreams are nearly always a response on something happening the day before.

Dreams are pictures of the moment, and they shouldn’t be seen as more, the next night brings a new dream, but if it’s a repetitive problem the theme will be handled again and again after each occurrence.

Dreams uses symbols, Its really a language, and the spiritual world don’t have the moral inhibitions as people have down here, so sexual symbology showing the state between anima and animus is quite common, death is also a common symbol for killing joy, love and creativity.

The reason for dreams are to make us understand what happened so we can learn by it and maybe correct the done.

Old souls actually don’t create much karma, although their surroundings in the younger years try to make them believe they are big sinners. Old souls often walk with a heavy burden on their shoulders, but they tread lightly.

Another case and more common for old souls are missed opportunities or wrong decisions. They get the chance to change it, to get their life on tracks again.

Other things that can initiate dreams are serious drinking, dangerous pills, physical exercises that are dangerous for the etheric body, monotonous reading of dreary uncreative books. It often give repetitive nightmares.

The dreams are mostly corrections from the super conscious to the subconscious, it’s a language from before Kali Yuga, the Tower of Babel, it’s understood by the astral body, by the Limbic system. Under hypnosis we understand the language fully (source Erich Fromm.)

Most dreams go directly to the subconscious, but a few are given to our wake consciousness too, as much pain can be avoided if we act consciously on the problems too.

The ego is a foreign entity, kind of parasite on the subconscious, and it don’t understand the dream-language. When we fight with ourselves it’s actually the ego we fight, as the ego fears anything new.

Our problems is caused by the ego, its fears and illusions makes us act stupidly. So the dreams are corrections to the errors created by the ego and that is why we have difficulties understanding our own dreams. The egos wishful thinking can interpret even the deepest criticism as beautiful praise.

First when we can look at ourselves with disinterest, when we are more interested in truth than afraid of losing face, do we have a chance to interpret our dreams truthfully.

This entry was posted on June 17, 2017, 5:37 pm and is filed under Dream Interpretation, Esoterics, Rosicrucianism. You can follow any responses to this entry through RSS 2.0. You can leave a response, or trackback from your own site.

This site uses Akismet to reduce spam. Learn how your comment data is processed.